The best budget places to stay in Amsterdam. Read more.

The Royal Palace; the place where state banquets and royal receptions are held

The Golden Age was a fantastic time for the Netherlands. The economy flourished and that started with trade. Merchants became stone-rich as a result of trade at sea. Scientists and artists profited from this wealth again. Critical thinking was encouraged and this curious culture attracted scientists. The Dutch showed their wealth by collecting as much art as possible. Amsterdam was the centre of this thriving economy and this city had to show its wealth as well. There came a beautiful city hall, which later became the Royal Palace. 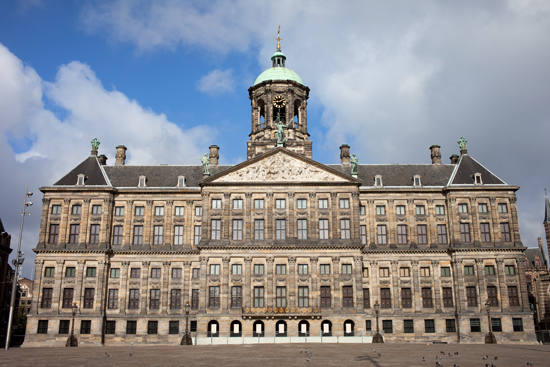 The Royal Palace takes you back to the 17th century and its wealth. You can take a look at the charming salons and imposing halls. From the ceiling hang beautiful chandeliers and on the floor are carpets with detailed patterns. On the walls hang works by painters from the Golden Age, such as Rembrandt’s pupils Govert Flinck and Ferdinand Bol. Although the palace is often open to visitors, royal receptions also take place regularly.

Glow in the dark minigolf at Powerzone

Do you have to organize the next company outing, but you have no idea what to do? Is your child finished with the same children’s party every year? Or do you want to do something more original with your first date than a movie theatre outing? Mini golf is a fun activity for young and old. But for some it’s not exciting enough. Try glow in the dark mini golf at Powerzone in Amsterdam. 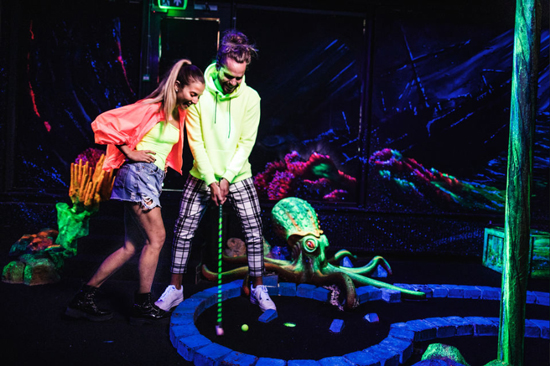 Besides bowling and laser gaming you can now play glow in the dark mini golf at Powerzone in Amsterdam. The dark surroundings and magical black lights make the course challenging and anything but boring. The pirate theme makes the hall extra atmospheric and for a moment it looks like you’re in the world of Michiel de Ruyter. Glow in the dark mini golf is an original idea for both a company outing and a children’s party. If you really want to make the outing complete, you can choose an arrangement. A bowl of bitterballs and some drinks for during the activity or stay at the end of the day to eat at the barbecue/grill restaurant.

Powerzone is located next to Amsterdam Central Station. Reservations can be made online. With these tickets you get the material and access to the course. Extras, such as the packages, can be booked separately.

A tour through the Johan Cruijff Arena

Ajax has been internationally known for decades. In the seventies there were great successes, including wins in the Champions League and the World Cup. But again Ajax performs at a high level. The football club from Amsterdam has produced world stars such as Dennis Bergkamp, Marco van Basten and Wesley Sneijder. The greatest hero, however, is Johan Cruijff, after whom the football stadium of Ajax is named. 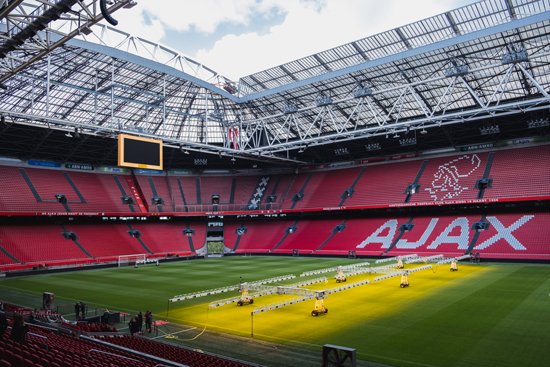 For the football fan, a tour of the Johan Cruijff Arena is magical. This time you are allowed to stand on the holy grass where star soccer players can be found every week. Pay a visit to the dressing room where you can take a picture of your favorite song. Take a seat in the press room where you can feel like a professional soccer player. Walk through the player tunnel and experience the excitement before a game. The guide will take you along all the highlights of the stadium. Eventually you’ll end up at the Ajax Gallery of Fame, where you can admire the prizes and take a look at shirts and photos of legendary footballers.

The Johan Cruijff Arena is located in the Bijlmer and is easily accessible by public transport. Tickets can be bought online. With a ticket you get access to the arena and a guide who will show you around. In addition, you get a 10% discount on purchases in the Ajax Fan Shop and on snacks and drinks in the Febo Boulevard. The Johan Cruijff Arena regularly hosts events, so it is not always possible to book a guided tour.

Artis: the oldest zoo in the Netherlands

Stroll through the beautiful butterfly pavilion, where the most extraordinary butterflies flutter around you. Take a look at the savannah, where giraffes and zebras graze. Or are reptiles your favourite species? In the reptile house you will find the rhino iguana and the royal python. All day walking through a beautiful park with all kinds of flora and fauna. This is possible in the oldest zoo in the Netherlands, Artis. 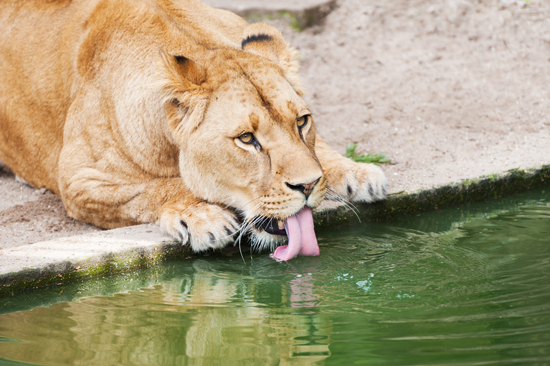 Artis Zoo in Amsterdam is the place for a fun day out for young and old. The zoo has large enclosures, where the animals have plenty of space. The footpaths take you past all kinds of special animals, such as the endangered African wild dog and the famous whip spider by Harry Potter. In addition to the outdoor enclosures, there are also a number of covered enclosures. Artis has a reptile house, butterfly pavilion, monkey house and the small mammal house. There is also a huge aquarium where you can admire tropical fish. After a walk through this beautiful park with its centuries-old trees and beautiful animals, you can have a drink at restaurant de Plantage.

Artis is located in the plantation area and is easily accessible by public transport. Tickets can be bought at the box office, but on busy days the queues are long. It is therefore advisable to buy tickets online. With an online ticket you get access to the zoo. At the café-restaurant de Plantage you can eat and drink something.

Ice Amsterdam: skating with a view of the Rijksmuseum

Ice skating is a popular sport in the Netherlands. Whether it is at a high level on the ice rink or for fun on natural ice. Natural ice is quite scarce and therefore there are plenty of other nice places in the Netherlands where you can skate. Every year a special ice experience takes place on the Museumplein. Great skating on the square, taking pictures at the Skinny Bridge and then enjoying a hot chocolate with whipped cream. For a unique ice skating experience you should be at Ice Amsterdam.

In the winter months the Museumplein is transformed into a skating paradise. Here you’ll find Ice Amsterdam, a nice ice rink surrounded by all kinds of stalls. Together with friends or family you can skate and take pictures at the mini replica of the Skinny Bridge. The view of the illuminated Rijksmuseum also makes the location so unique. Of course, there is much more to experience here than just skating. You can take a seat at the Bistro Ice Club, from where you have a good view of the ice rink. Furthermore, you can stroll along the many stalls, where you can get all kinds of snacks, drinks and souvenirs.

Ice Amsterdam is located on the Museumplein, surrounded by all kinds of museums. It is easy to reach by public transport. Tickets can be bought online, giving you access to the ice rink and skate rental for 2 hours. Please note: Ice Amsterdam is open until 2 February 2020.